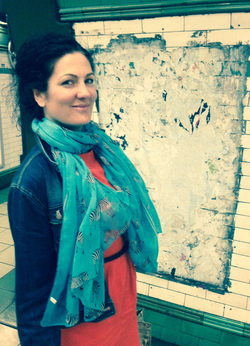 Jayne spent 2014 and 2015 in residency at 40 Clarence Mews.  She used the time to research ideas and themes that without the luxury of time could not really have been explored at length.

She engaged in an investigation of rhythm of words and text that cause and prompt movement and vice versa.  She is drawn to how we read meaning through movement, particularly gesture, and how reading shifts when meaning is deliberately fractured.

In 2013 she collaborated with moving image artist, Sidonie Roberts, for Elegy (1), exhibited at Guest Projects, The Jerwood Gallery and Latitude Festival.

She graduated from Trinity Laban Conservatoire of Music & Dance in 2012 with a Masters in Choreography. 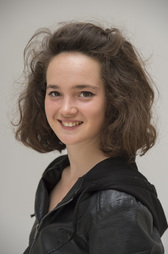 Alice was born in France and trained at le Conservatoire de Musique et de Danse of  La Rochelle. She graduated with a Degree in Contemporary Dance from Laban in London. From 2009 to 2011 she has been part of the Atlantique Youth Ballet,a pre-professional company which with she performed for choreographers such as Hélène Cathala, Jean Alavi and John Bateman. In 2012 Alice has been part of the White Project, directed by Louis Barreau and highly inspired by the philosophy of Deleuze. From 2013, she worked with Taku Ando, PhD in Rudolf Laban Choreutics. In 2014, she collaborated with the jewelry designer Lili Murphy Johnson who with she worked on and performed at a fashion show at The Saint Martin Art Center in London. She also performed and toured Charles Linehan's The Bitter Shore. Alice is currently working on projects by Tony Thatcher, Marina Collard and Kate Johnson. 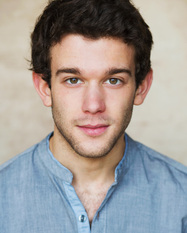 Maeve is from Belfast, Northern Ireland. She trained at Trinity Laban Conservatoire of Music and Dance, graduating with first class honours in 2014. During this training she worked with Richard Alston, Rosemary Butcher, Sonia Rafferty and Tony Thatcher, and was selected to tour in Tel Aviv, Israel in January 2014 and to perform at Deal Festival, July 2014. Maeve has also been a performer for Past Pleasures company and English heritage, performing in pre-baroque style restoration masque in The Banqueting House (2013) and Bolsover Castle (2014). She performed with Luminous Souls, a disabled dance group as a performance facilitator in August 2013. More recently she has performed at Westminster University for a book launch for author Andreas Philippopylos-Mihalopoulos. 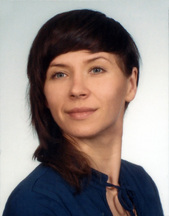 Justyna is a contemporary dancer, community dance practitioner and qualified dance teacher. Graduating from Trinity Laban Conservatoire of Music and Dance in 2011from Postgraduate Diploma - Community Dance, Justyna joined as a dancer Nutshell Dance Company. She was also a member of Experimental Dance Studio ‘EST’ (Poland) as well as Gesture and Movement Theatre (Poland) groups.

Sidonie is a British multi disciplinary artist working primarily within moving image, performance and costume styling. Recent solo shows include 'to put to bed the population' at Import/Export, Kassel, in conjunction with Documenta [13], as well as group shows at Yinka Shonibare's Guest project space and the Jerwood Gallery, besides artists such as Peter Greenaway, John Smith and Laure Prouvost. Alongside her own practise she has also worked with a number of artists including Laurie Anderson, Melanie Manchot and Jeffrey Perkins on his documentary film about the history of Fluxus as well as having been invited to co curate the Nam June Paik exhibition at the 2009 Split Film Festival, Croatia. Most recently Roberts has been working in collaboration with artist Lauren Moffatt as Cinematographer during Moffatt's residency at FACT, Liverpool in addition to continuing her work as Head of Development for GuerillaDocs. 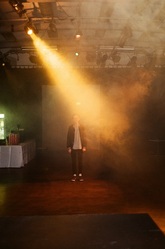 Ben is a Sound Designer currently completing a BA: Theatre Sound degree at the Royal Central School of Speech and Drama, with particular interest in collaborative and devised work​. Recent projects have included 'Too Far Right' (Parrot's Beak Theatre), 'A Dream From A Bombshell (Trikhon Theatre) and Talking In Bed (dir. Rosemary Maltezos).​